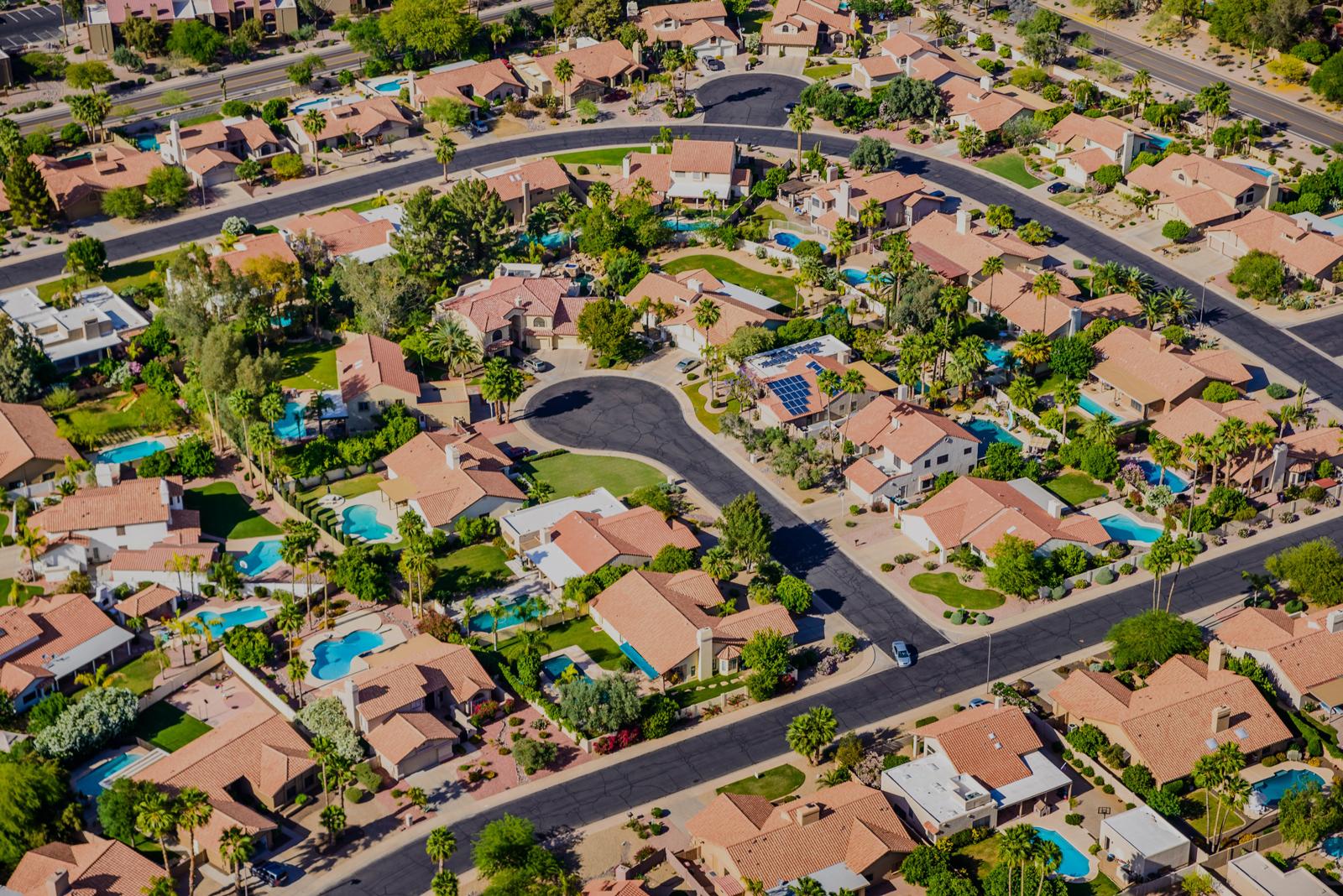 Chandler is home to over 250,000 Arizona Residents. Although not quite the bustle of Phoenix or Tucson, it is one of the fastest growing cities in the state. But that’s not all that is growing. Did you know that Chandler is home to over 15,000 species of insects! Arizona is considered one of the “buggiest” places in America- and Chandler is no exception. While there are thousands of species of insects, there are 5 common pests that any Chandler resident should be on the alert for.

Spiders are one of the most abundant pests that homeowners have to deal with all year-round across the country. Most are innocuous and pose no more threat than mere annoyance. However,  In the Chandler, AZ area, the most common types of spiders are quite poisonous. Some of these spiders that may be in your home or business include the black widow spiders and  brown recluse spiders.

The black widow spider is arguably the most well known and feared spider in the United States. And for good reason. These spiders are extremely venomous and can pose a serious threat. Do you think you’ve found a black widow spider in your house? The easiest way to narrow it down is by their black color with a red hourglass shape on their abdomen. These are the females, which are the ones you need to watch out for. They tend to live alone within large webs in the dark, low-lying areas such as in garages, sheds, wood piles, and dark closets.

Brown recluse spiders are another dangerous type of spider that can live in homes and commercial structures throughout the Valley. They are light brown/tan with legs measuring 1-1.5 inches. The chances of encountering a brown recluse spider are relatively low due to their solitary nature. Brown recluse spiders do not want to be found, so they do not actively seek out interactions with humans. They create webs in undisturbed areas such as attics, amongst clutter, in sheds, and leaf litter.

Ants are among the most abundant insects in Arizona and are usually the pest most likely to make homeowners seek professional pest management help. Ants live in colonies and generally build nests underground in decayed wood or inside homes. Being social creatures, each colon generally includes workers, queens, soldiers, and winged ants. Workers tend to the queen, forage for food, and build onto the nest to accommodate the expanding size of the colony. Soldiers protect the colony from predators and assist workers. Winged ants are males and females who take to flight, mate, and begin another colony. The queen ant lays eggs that become new colony members, producing several hundred to thousands of eggs at a time. The most common ants to Chandler are the Argentine Ants and the Carpenter Ants.

In Chandler, Arizona,  Argentine ants are often located in moist areas around irrigated soil in urban environments. They normally travel in trails between the colony and sources of food. Argentine ants are an invasive ant species, do not usually bite or sting, and live in massive colonies.

Carpenter ants get their common name as a result of constructing nests and galleries in dry, moist, or rotting wood. However, some of the carpenter ants in Arizona will build nests in the ground. Carpenter ants do not eat wood. Instead, they excavate it in the process of building their nest chambers and galleries. Therefore, carpenter ants are not nearly as destructive as termites, but do create some cosmetic damage, and over time with heavy levels of infestation, may weaken the structural integrity of wood in homes.

Carpenter ants prefer foods like sweets, proteins, living and dead insects, and just about anything they come across to eat. Since they do have a varied diet, the pests will sometimes venture inside to consume food scraps, but more often reside outdoors. Carpenter ants are nighttime foragers for food. Those concerned about carpenter ants entering their homes or sheds can inspect them at night to check for workers on the ground or trees foraging for food. Also, walk around the perimeter of the house and see if any foragers are moving through an entrance point that leads inside. Carpenter ants do not sting, but may bite.

Although not categorized as a creepy, crawly, insect, Mice are just as pervasive as any other pest in Chandler.  The most common rodents in Phoenix include pack rats, house mice, and deer mice. Although these rodents vary in size and nesting habits, they all have the same potential to damage your home and pose potential health risks for you and your family.

The pack rat, also called a wood rat, is most common in central Arizona desert areas. Central Arizona houses three main types of pack rat: the Mexican pack rat, Whitethroat pack rat, and Stephen’s pack rat. Unlike many types of rat, the pack rat has fur covering its tail. This furry tail, along with white feet and white underbelly, are often used to identify the pack rat. They are larger, measuring roughly six to eight inches long. These rats can be hazardous to human health due to the layers of urine and feces that line their storage and communal living areas.

The house mouse depends on humans for food and shelter. As a result, the house mouse can be quite common in Arizona houses and outbuildings. These mice are smaller in size than rats, which can help to make them more easily identifiable. A typical house mouse dawns a musty gray coat and an off-white underbelly. Despite eating roughly one-tenth of an ounce of food per day, the average house mouse can produce 50 droppings per day. This is a common cause of contamination in products stored around the homes they inhabit.

Deer mice can carry hantavirus, which is mainly spread by inhaling dust particles that are tainted by feces, urine or saliva of deer mice that are infected. They use places such as cavities in trees and animal burrows for nests outdoors, and use locations such as storage boxes and drawers of cabinets indoors. Deer mice are located in rural spots.

To ensure guaranteed pest protection for your home, learn more about our residential pest control service.